The wild bacchanal was held at the apartment of Larry and Zann Jones. 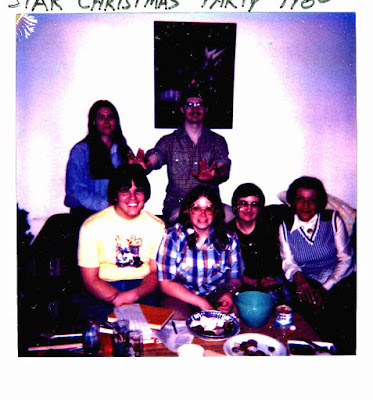 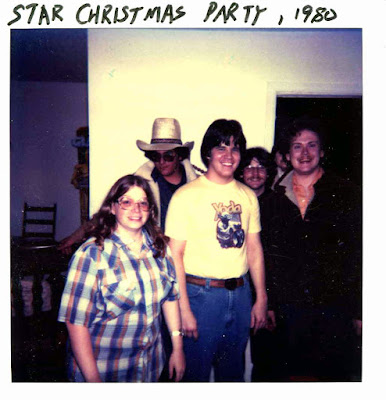 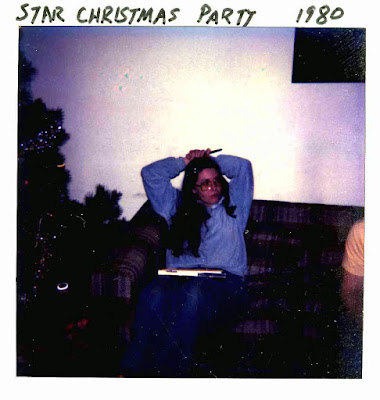 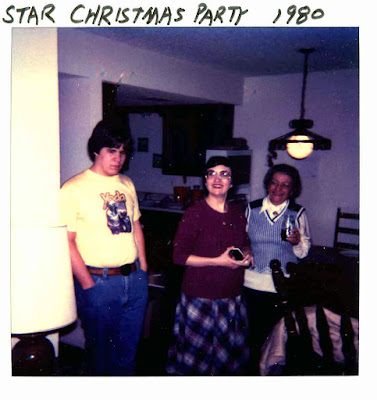 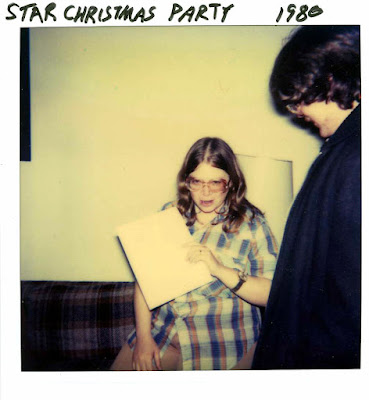 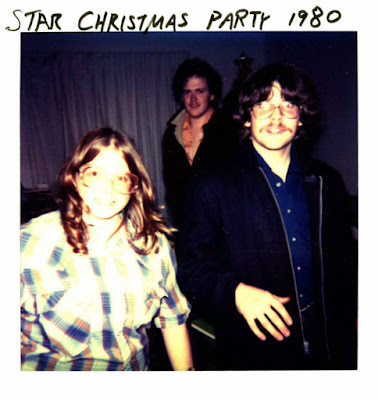 This year Joyce and I moonlighted as Mr and Mrs Santa for parties, and came here directly after a gig.  The above photo reflects the surprise of Zann, Larry, and Mike on being confronted by two Clauses in red. 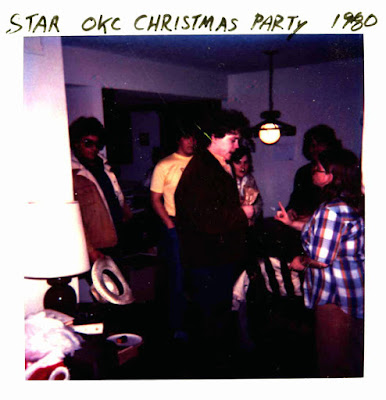 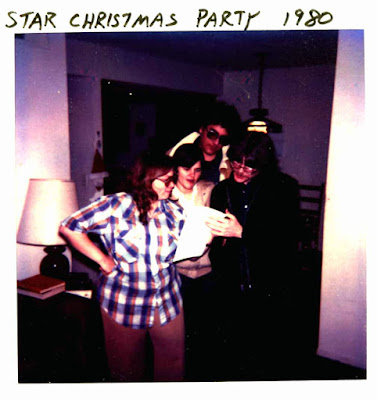 Our best to all whose orbits intersected ours -- in 1980, and into the 21st century and beyond!
Posted by Mark Alfred at 10:35 PM No comments: