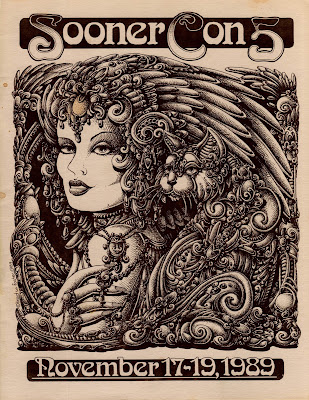 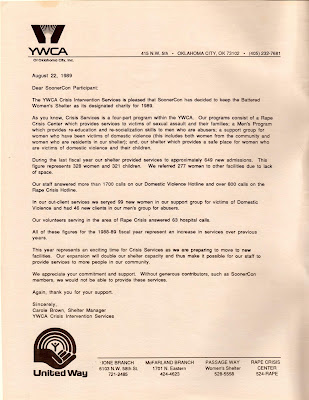 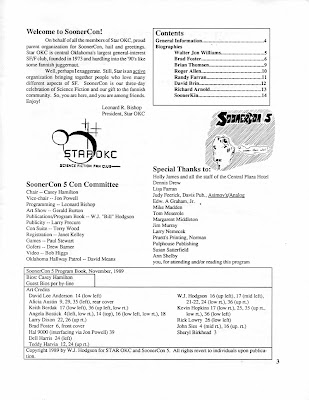 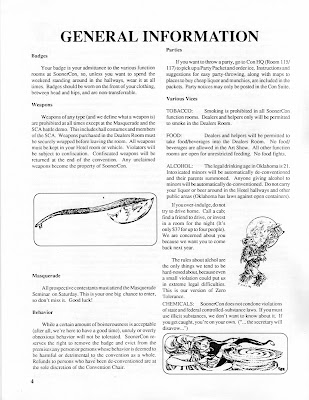 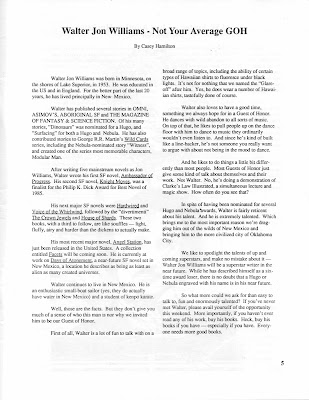 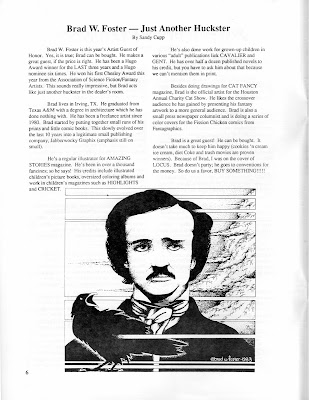 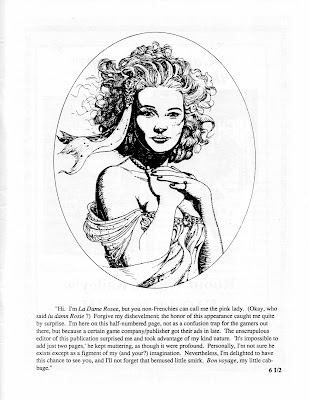 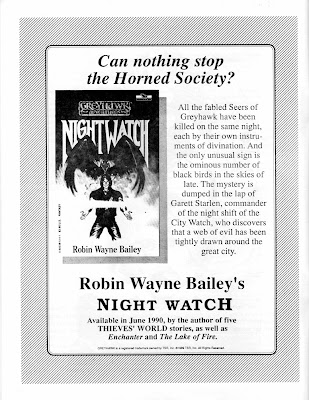 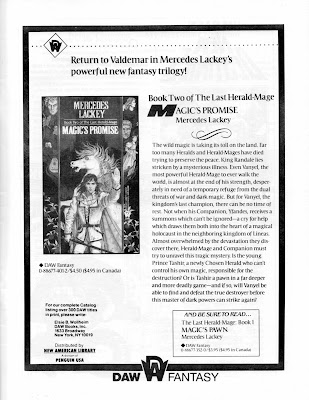 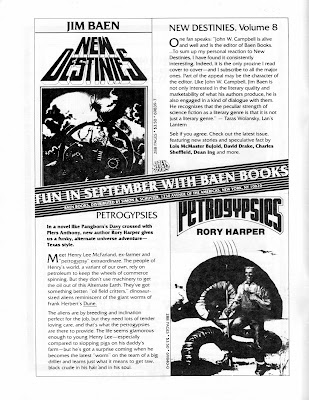 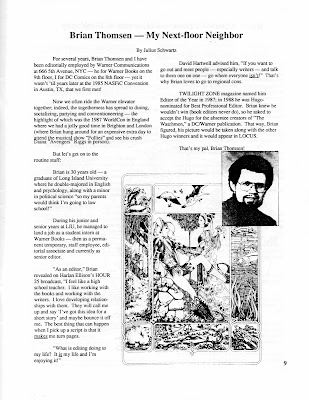 Other OKC fandom notes: NOSFA, the Norman Oklahoma Science Fiction Association, held its first PsurrealCon convention.  Previously, the NOSFA con had been named PseudoCon.  Amazingly enough, yours truly was the one to suggest the new "PsurrealCon" when the chair wanted to change the name, but keep a "P" at the beginning of its name.

Also in 1989, STAR member Larry Nemecek took a trip to California and Paramount, including “seven hours with TNG profession­als.” This doubtless planted in his mind the treacherous possibility of abandoning his Club for some Paramount job, as he will indeed did in the 1990s.  We still love ya, Larry!

Someday you may learn all about The Okie Horror Picture Show, originally the halftime entertainment for the SoonerCon 5 Costume Contest.

Posted by Mark Alfred at 1:17 AM No comments: