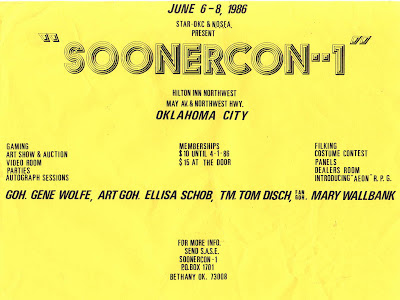 
A new STAR baby enters the world on January 22 as the Club’s two highest-ranking offi­cers get together to present Michael Powell, Jr. — later to be known as “Mikey.”


A new Club flyer, included in the May GG, contains the first mention of the new and to-be-long-running meeting place, the Moore Library — although records indicate that up through even the first half of 1987, STAR met at the Bethany Library. The Historian admits confusion here. 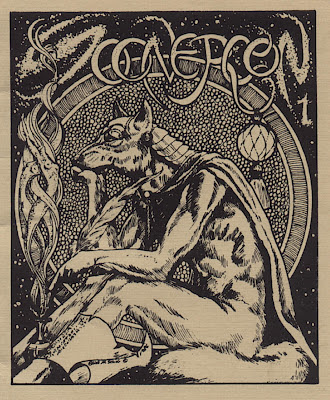 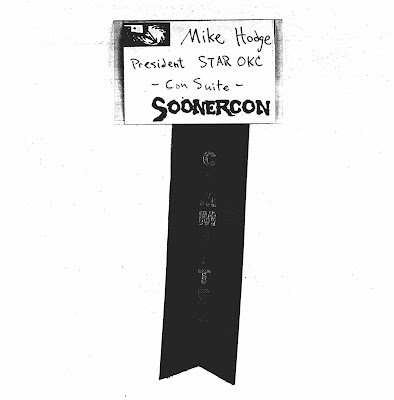 
Regretfully, the Historian has no mate­rials from which to report on SoonerCon 1’s attendance, income, or anything else.


By the time of SCon 1, however, the Club has already decided that they want the STAR OKC convention to take place in late fall, not in June as SCon 1 did.  And, to put more than a year between SCon 1 and 2 would make people start to wonder “bad things” about the Con and its dependability — or so some Club members argue.


So — the decision is reached to have SoonerCon 2 take place a mere four months af­ter SCon 1!  And then, further SoonerCons would continue in SCon 2’s time frame.
Thus, by July 1 STAR had its SCon 2 ConCom already in place and busily working.

Next time -- photos from SoonerCon 1.
Posted by Mark Alfred at 4:27 PM No comments: 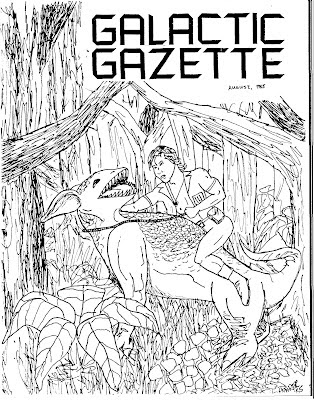 We begin the August, 1985 Galactic Gazette with a depiction of a boy and hius big lizard by Paul Marek.﻿ 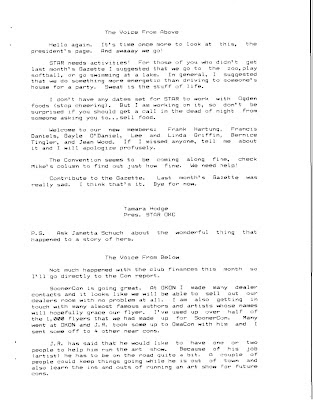 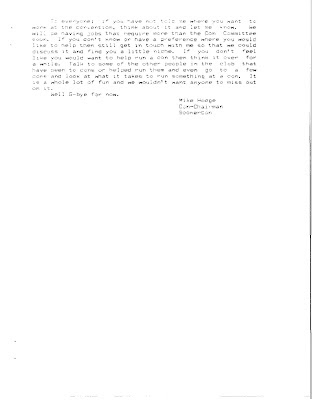 These (previous pages talk about preparations for SoonerCon 1 and new members.﻿ 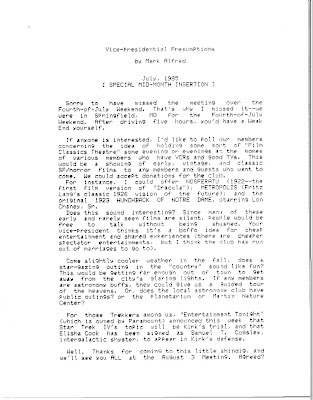 In my VP rant, I mention that Entertainment Tonight reports that Star Trek IV will be about Kirk's trial and Elisha Cook will reprise his role as Samuel T Cogsley from the episode "Court Martial."  I have NO IDEA if that is true or if I just made it up.  As we know, Kirk's "trial" before Starfleet took up about 5% of the actual film.﻿ 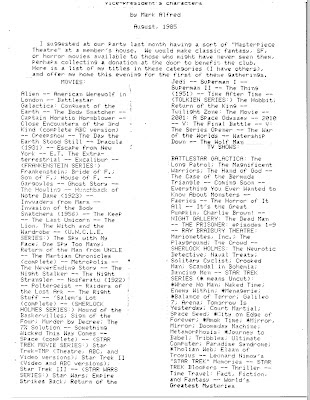 This is apparently a list of all the videos I had at the time in case somebody wanted to watch them.﻿ 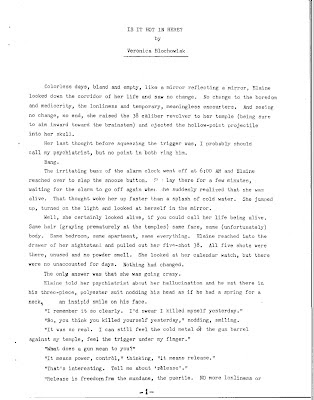 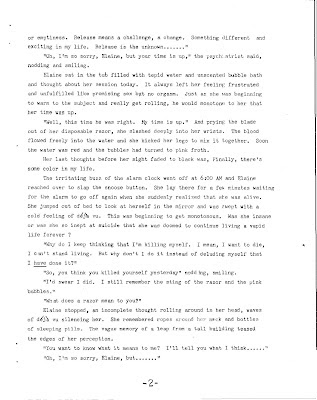 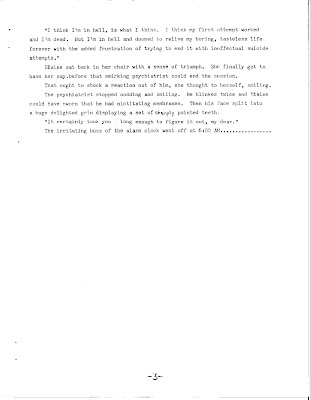 Here's a short-short by Veronica Blochowiak.﻿ 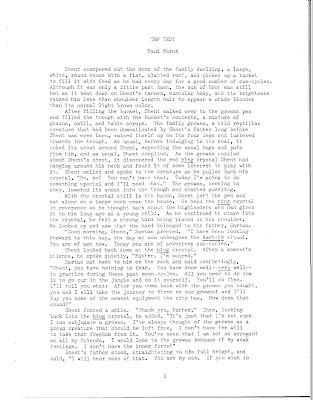 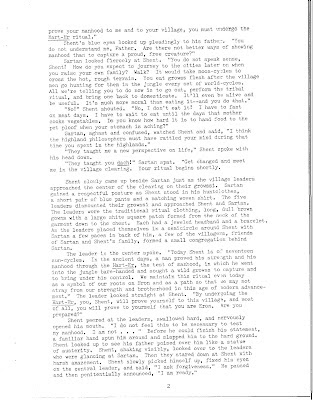 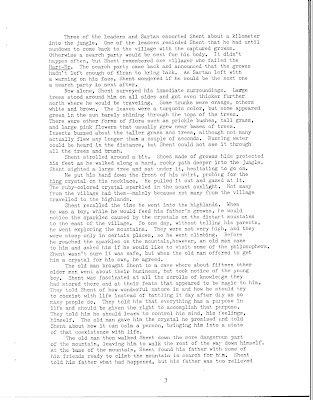 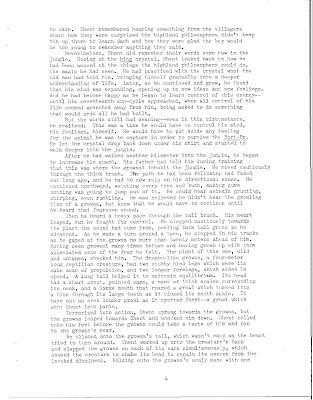 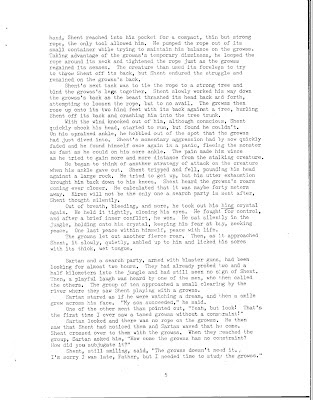 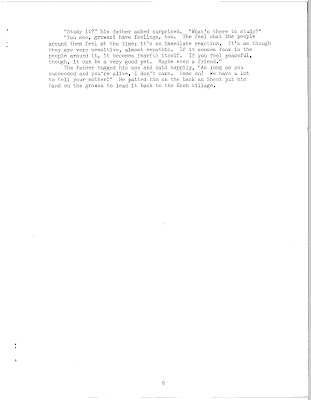 These final pages are a tale by Paul Marek.
Posted by Mark Alfred at 6:03 AM No comments: