At the January meeting, member Mark Alfred announces his first book publication, the article “He’s Dead, Jim,” in The Best of TREK #6. Also, members celebrate that KAUT-43 in OKC will carry STAR TREK. Yes, decades ago there was a TREK drought on TV. Also at the January meeting, it is decided to adopt a “universal dues-paying system. Everyone paid remainder of dues for this year and everyone pays dues in December.”

On April 8, another STAR baby is born: Mark and Joyce Alfred produce Matthew. On April 23, the Club takes an outing to Martin Nature Center on Memorial Road.

The last issue of the one-sheet, photocopied STAR OKC News is the July issue. Basically, this version of a Club newsletter dies for lack of submissions.
Posted by Mark Alfred at 5:16 PM No comments: 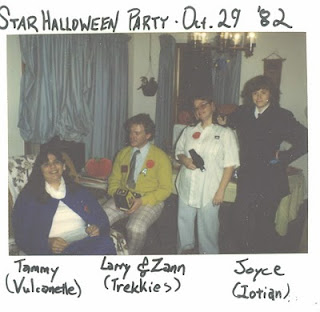 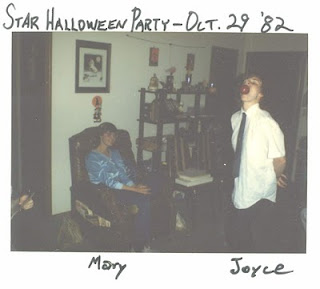 Here are other photos from the STAR OKC 1982 Halloween Party, held at Mark & Joyce Alfred's house. 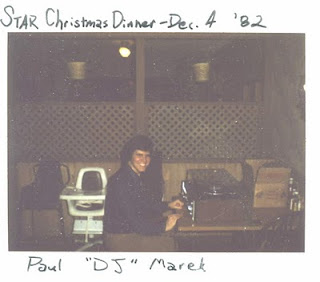 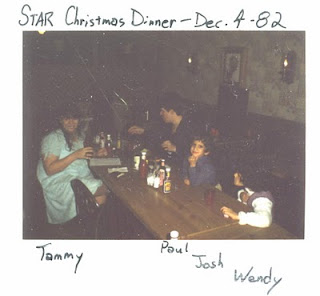 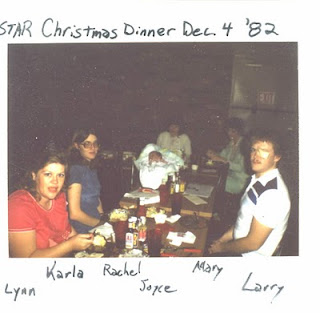 And here are photos from the STAR Christmas Party of 1982.
Posted by Mark Alfred at 11:06 AM No comments: